Are you ready for the new sincerity?! Shotgun Jimmie’s new album Transistor Sister 2 is full of genuine pop gems that champion truth and love. Jimmie is joined by long-time collaborators Ryan Peters (Ladyhawk) and Jason Baird (DoMakeSayThink) for this sequel to the Polaris Prize nominated album Transistor Sister from 2011. José Contreras (By Divine Right) produced and recorded the record in Toronto, Ontario at The Chat Chateaux and joins the band on keys.

The album’s lead single Cool All the Time is a plea for people to abandon ego and strive for authenticity, featuring contributions by Chad VanGaalen, Steven Lambke and Cole Woods. The New Sincerity serves as the album’s manifesto; it renounces cynicism and promotes positivity. 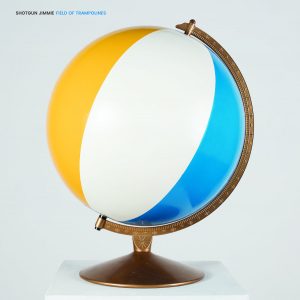