Part 1, “Pink” (LP 1, tracks 1-11), is an intimate home recorded acoustic based cycle that grapples with loss, illness, death, and memory. Part 2, “Tiger” (LP 2, tracks 12-22) is an exuberant indie-garage rock celebration of the persistence of friendship, music, and hope. Apollo Ghosts draw on a long history of independent and locally focused music making, from Flying Nun to K Records to their own Vancouver scene, to reinvigorate indie guitar rock songwriting with ambition and poise.

“About seven years ago, I stood around a makeshift fire pit in a clearing on a small gulf island with a group of my best friends. We burned a beer can and made jokes. When I started recording the first half of this record, I thought everything was falling apart. For six months, I could only hear from one ear and the doctor said it could be something quite serious. The cedars were still dying. My dad was still dying.

A year later, we recorded the second half of the record on Gabriola Island. My ear finally cleared up after the sessions were over. We listened to the final masters in the middle of the heat dome summer during the Perseid meteor shower. The heat dome eventually ended. In the fall, Amanda and I planted dozens of trees (Garry oaks, willows, alders and maples) around that fire pit. Our bass player Robbie’s having a baby this spring. Amanda’s started restoring hand-crank sewing machines. She says everything can be mended. It might be too late, but I’m going to keep planting trees every year going forward anyways.

Apollo Ghosts joked that this was a feeble attempt at making our own ‘Tusk’. Some influences this round: The Bats, Dear Nora, Little Wings, Tom T. Hall, The La’s, Beverly Glenn Copeland, disco beats, ocean swims, trees, Lucia Berlin & Lydia Davis, and as always…. the local music scene.”
— Adrian Teacher.

Pink Tiger was recorded by Jordan Koop (Orville Peck, The Courtenays) at the Noise Floor on beautiful Gabriola; a gulf island located in the unceded traditional territory of the Snunéymux First Nation. Additional production and mixing by David Carswell (Destroyer, New Pornographers) at JC/DC Studios in Vancouver. 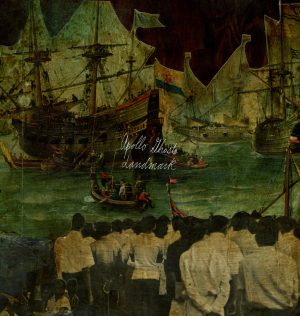