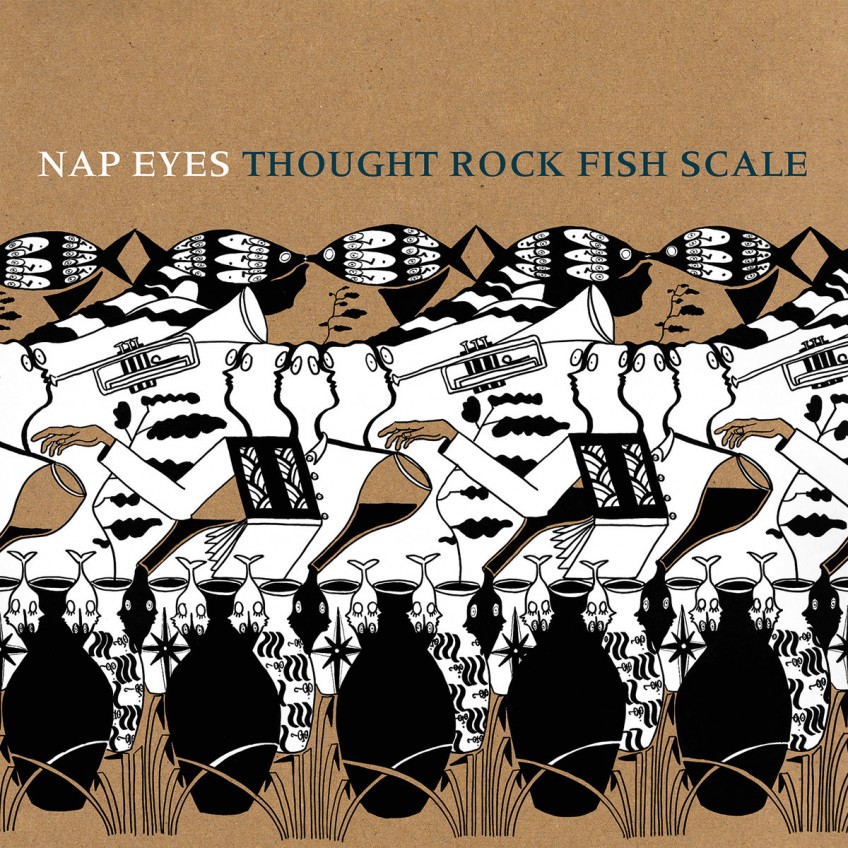 Nap Eyes return February 5, 2016 with the long-awaited and completely excellent Thought Rock Fish Scale. These are literate songs, posing riddles about friendship, faith, mortality, and self-doubt, refining and elaborating on the sound of the beloved Whine Of The Mystic, offering an airier, more spacious second chapter.

Thought Rock Fish Scale was recorded in the crisp daylight of late May 2014, in the living room and screened porch of a seaside family home near Pictou, Nova Scotia. Like all Nap Eyes recordings to date, the album is framed by a set of severe self-imposed strictures: a mere four days to capture as many songs as possible completely live, with no overdubs, to a temperamental old TEAC four-track ¼” tape recorder. The result is a document pristine in its intentional imperfections.

The deluxe LP, pressed on 150g virgin vinyl, features a heavy-duty chipboard jacket, full-color inner sleeve with lyrics, and a download coupon; the CD is housed in a gatefold chipboard jacket. Thought Rock Fish Scale is available for pre-order in the mailorder shop now.