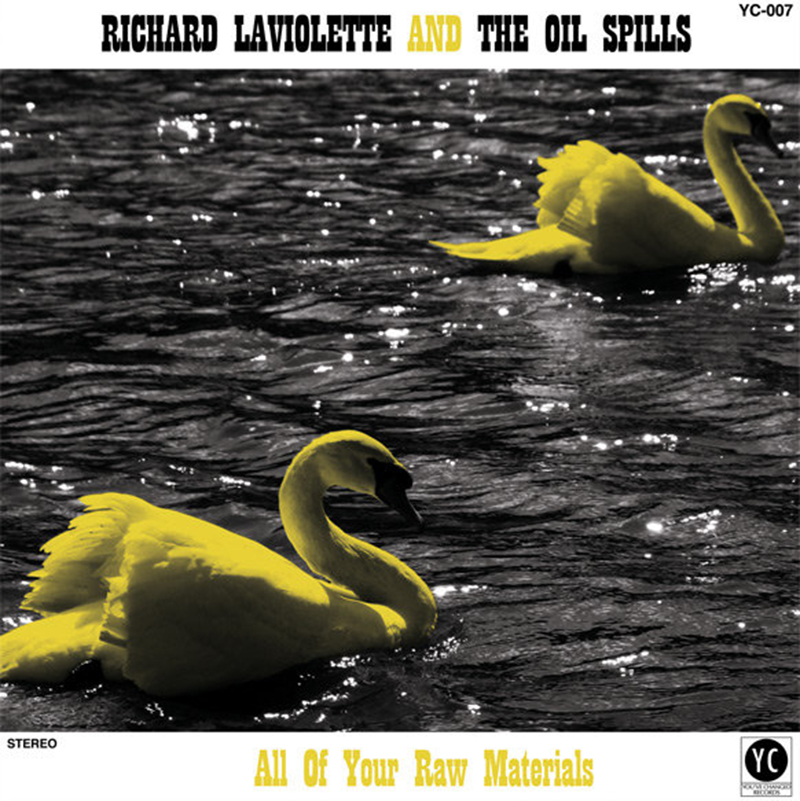 All Of Your Raw Materials is Laviolette’s 4th Album, and his first with The Oil Spills. Originally released independently on CD in September, 2009, the album was recorded live-off-the-floor at the legendary House of Miracles in London, ON the previous summer. We got a copy at a house show in Guelph, ON, and listened to it endlessly through the fall and winter. We loved it, and we wanted everyone to hear it. You’ve Changed Records is happy to make this album widely available and to offer it for the first time on LP.

Digital and CD versions contain the songs “Body Maps” and “Two Hinges” which had to be left off of the LP version due to time constraints.