This is the first question you’ll have when you see the arresting portrait on the cover of WHOOP-Szo’s latest album, Warrior Down.

“That’s my grandfather,” bandleader Adam Sturgeon explains. “Military man and residential school survivor,” he adds, letting that description sit before discussing what it must have been like for the Indigenous men of his grandfather’s generation to be summoned to the defense of their oppressors.

Sturgeon’s experiences as an Anishinaabe-Canadian are woven into the songs on Warrior Down. We learn more about his grandfather in album closer “Cut Your Hair”; a fragile acoustic reflection on his grandfather’s experience in residential school, and the ongoing resonance of that familial trauma.

Structurally fluid and immense in emotional scope, Warrior Down offers a series of dichotomies — pummeling percussion and sparkling gentleness, thrashing distortion and acoustic levity — that give it the dynamic of a creation story. Elemental forces compete and collide even as they seek equilibrium. The driving optimism of “Amaruq” gives way to the dissonant thud of “Gerry.” The forceful chant of “Long-Braided Hair” becomes the serene unison of “2CB.” The sparse and sardonic “6.1 – 6.2” leads to the foreboding and ruthlessly self- examining “Oda Man.” Sonically and thematically, Warrior Down depicts the unfolding of a cultural big bang, in which eruptions of truth activate a succession of healthy confrontations.

The confrontations embodied on Warrior Down take the form of cultural callouts and personal reflections on identity. The record opens with the buoyant romp of “Amaruq.” Amaruq is an Inuktituk word meaning “wolf”. It’s also the name of a school in Nunavik where Sturgeon and Palm worked during 2012. “Amaruq” is an entry point into discussions of the Inuktituk language and multilingualism in Canada, and serves as a dedication to the community that welcomed the band.

After this paean to Indigenous solidarity comes a discordant dirge that tells a tragic true story from Sturgeon’s life. “Gerry” opens with the indelible words: “Well, my cousin Gerry was shot by a cop.” When Sturgeon was growing up, he shared a deep, brotherly connection with his cousin Gerry, who gave Sturgeon his first guitar. Gerry, who moved to Holdfast, Saskatchewan lived a reclusive life, embittered by his family history told throughout the song. It was there that he was shot and killed in his own home by an RCMP officer, in a shocking instance of police brutality that has gone uninvestigated to this day. And so the song violently grieves: “Warrior down in Saskatchewan town.”

This pounding chant transitions into the mournful musing of “Long-Braided Hair” (working title: “Missing and Murdered”). On this track, the national crisis of missing and murdered Indigenous women is posited as a type of cultural insanity: an institutionalized lack of love that encroaches on any sense of hope and connectedness in society. With this song, WHOOP-Szo bear witness to something that is being kept quiet and make it very, very loud, personalizing and amplifying the experiences of marginalized people. “Long-Braided Hair” is an urgent call for accountability, and for justice.

“Oda Man,” is a variant of odemin, the Anishinaabe word for strawberry. The strawberry is often called the “heart berry.” It symbolizes connectedness, and is foundational to teachings about creation and love. Lending still more depth: Adam is the father of a beautiful baby boy named Oda. “Oda Man” is foreboding and fragile, examining an emotionally cut-off version of masculinity alongside one that embraces emotion as a creative force. It is a reclamation of positive male values that relates back to the teachings of the heart, and seeks a form of healing that comes from resisting barriers to connection and learning how to yield to love.

The use of language is an important part of what gives the songs on Warrior Down their shape. Reclamation is an ongoing theme for WHOOP-Szo, who routinely integrate Anishinaabe words and teachings into their art to reassert aspects of Indigenous culture that have been endangered by the forced fragmentation of families and communities.

If listeners translate “Naanan” and “Nshwaaswi,” they will learn that tracks five and eight are titled with … the Anishinaabe words for five and eight. These titles serve as an invitation to think about language, and to contemplate the replacement of English numbers with Anishinaabe numbers as a countermeasure to the replacement of Indigenous names with Euro-Canadian ones that characterized part of the assimilative process in Canada.

If listeners research “6.1 – 6.2,” they will eventually discover the concept of “Indian status” as it is outlined in Sections 6(1) and 6(2) of the Indian Act, which set out the criteria for having a legally recognized Aboriginal identity.

Whether listeners want to engage with the instructiveness of the songs or just sit back and enjoy them, Warrior Down provides.

So, who is the warrior on Warrior Down? Is it Gerry? His grandfather? Or Adam himself?

The answer is not clear-cut. The role of a warrior cannot be filled by a single person, any more than the work of warriors can be performed by any one of us alone. But on Warrior Down, the strength of WHOOP-Szo’s music is made available to anyone whose world has been shocked by new truth; who feels like their spirit is scrambling in pursuit of balance; who realizes it is a fight to try and lead with love, and tries. 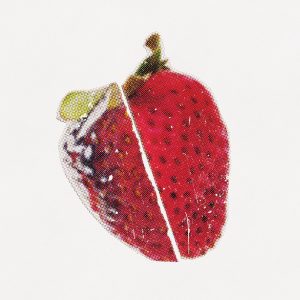 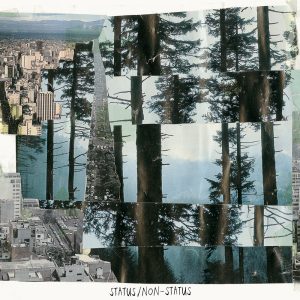