Ian Kehoe is Marine Dreams. I want to make this clear as he brings us this new and very personal album. Written, performed, recorded, mixed, and mastered by Ian in his home studio, Producer’s Wonderland is the work of a singular vision and a unique mind.

Displaying Ian’s robust commitment to ongoing creativity and continuing development as a songwriter and musician, Producer’s Wonderland is rich in melodic and rhythmic adventures. Vocal harmonies and acoustic guitar textures mix with programmed drums and synths in deep and surprising pop songs.

If this is a new sound for Marine Dreams, it increases my impression that this is an album about personal growth, about learning – there’s even a song called “Learning Experience” that describes the making of Lemon Tree, the previous Marine Dreams album. It’s as if what is being “produced” is not just the music, but also the person making the music. What does it mean to love (“Love(After Eros The Bittersweet)” named for the Anne Carson book), to maintain life-long friendships (the tender and beautiful “Michael”), to live with uncertainty (“No Use”)?

There are big questions asked here, but asked joyfully; posed and arranged in a group of absolutely wonderful and magical songs. 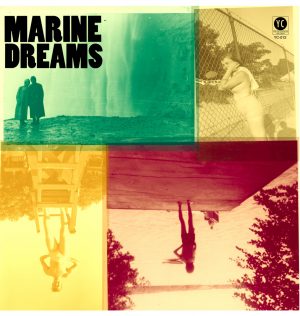