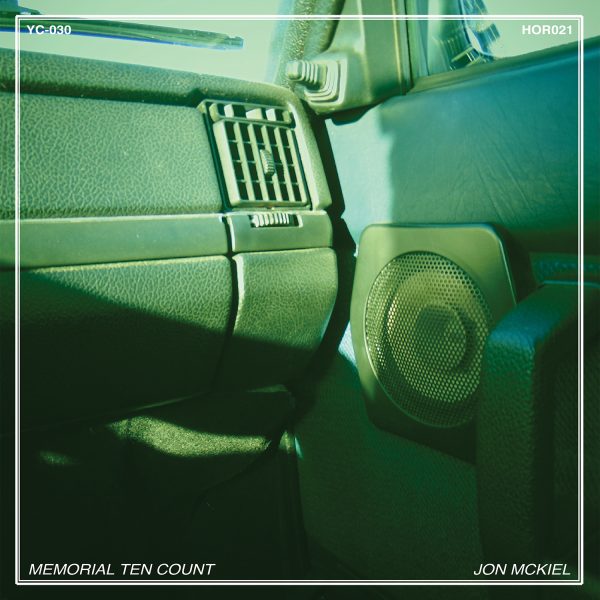 “Mckiel’s a headliner; his kind of underground, dreamy, riff-oriented math-pop is the way of the future and is spellbindingly great.” – Exclaim

“…as utterly freakin’ perfect as pop tunes get”
– The Toronto Star

Memorial Ten Count, whose name derives from the fabled toll that nods to the death of a champion boxer, is the impassioned new album by Sackville, NB’s Jon McKiel. Across ten songs the mood shifts with deft precision, reminding the listener that a good fight consists of equal parts blister-forming-grit and punch-drunk wistfulness. But what, exactly, is worth fighting for?

Recorded in the nether regions of Nova Scotia with analogue guru Jay Crocker (Joyfultalk, No More Shapes, Ghostkeeper), the album’s sound is warm and worked-in. The raw performances, caught straight to tape, showcase McKiel at his most rugged and versatile, recalling in turn the anthemic restlessness of early Kurt Vile and the delicate thought-play of Chris Cohen, with intricate guitar playing that evokes the expansive jams of Television. Regardless of its mood, the alluring lyricism and in-the-pocket playing makes the blues-inflected Memorial Ten Count a testament to deep chemistry.

Lock-grooved lead track ‘Boss’ finds McKiel prying open the jaws of precedence with an eerie calm, refusing to be overtaken by the specters of the past. ‘Impossible GIF’ is a tech-wary narrative that pines for a truer way of communication. These ideas return over and over throughout the record; with gorgeous hints of abstraction, McKiel digs into the struggles of connecting with others, and with one’s own prescribed identity. The tenderhearted gem ‘Still Remain’ pours over with such concerns: ‘I wanna leave this reflection/I wanna bury the names/And when we leave a transmission/there can be some mistakes.”

While McKiel dazzles with fever-dream narration, his band moves in and out of the frame with a singleminded precision. Bassist Shawn Dicey (Joyfultalk) and drummer Aaron Mangle (Cousins) provide the songs their powerful guts while Crocker (doubling as lead guitarist) sears his way through heavy rockers like ‘Conduit’ and ‘High Five (Living A Lie)’ with stadium-sized riffs. On the softer sides, like ‘Brothers’ and ‘Unknown Source’, Crocker offers an affectionate touch and the compositions reveal an introspective nostalgia.

And so the question lingers: What is at stake? What is worth fighting for? As the bell tolls on Memorial Ten Count, McKiel muses by his lonesome, strings delicately bent, returning to his own foundations; conjuring a kind of strained lullaby to his offspring. From this the listener may surmise: the fight is for the future. For the forming selves and those yet to come. And the stake we lay claim to is the love and abiding thereof.