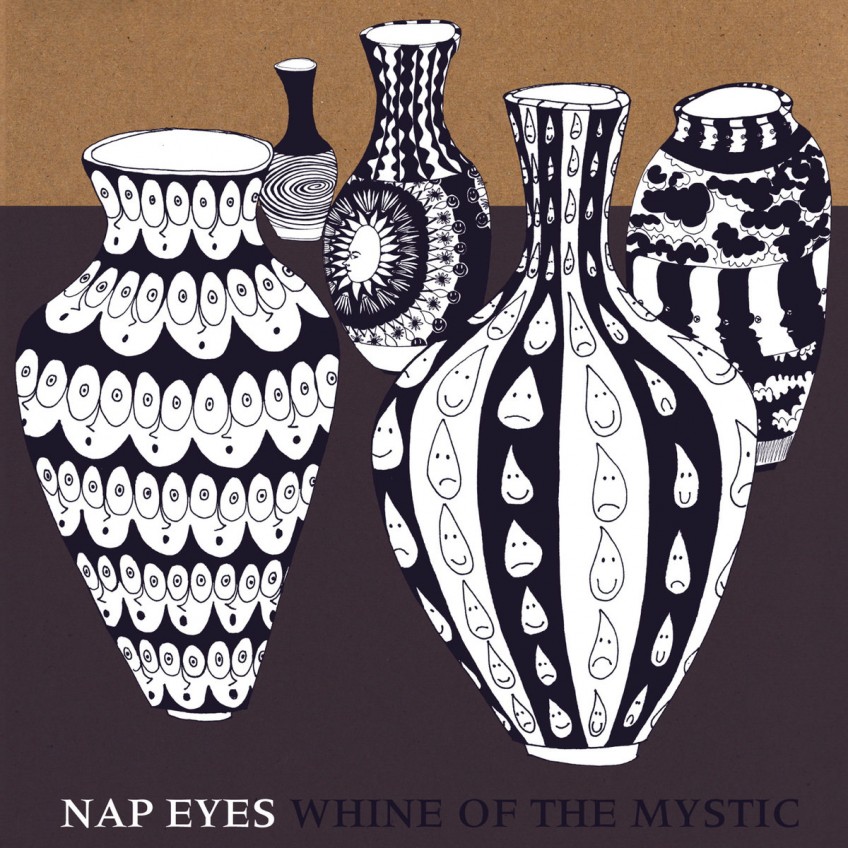 Originally released in a limited run of 200 LPs by Plastic Factory Records of Montreal in 2014, Nap Eyes’ Whine Of The Mystic found some enthusiastic support among those with their ears tuned to the stranger frequencies: Sean Micheals at Said The Gramophone named the epic album closer “No Fear Of Hellfire” the 9th best song of the 2014 (“They are a rock band just so faintly tripping. They are priests of Shaolin and the Holy See, with electric guitars in their hands.”); Weird Canada noted that “this saintly record radiates with the light of the community from which it was born” evoking the continued excellence of the band’s home town Halifax scene (including Monomyth with Nap Eyes’ own Josh Salter and Seamus Dalton). It was a record passed around between friends. It was a secret weapon.

On July 10, 2015, You’ve Changed Records will be re-releasing Whine Of The Mystic making this brilliant album available across Canada for the first time. Our partners in crime at the excellent US label Paradise Of Bachelors will be introducing it to the world. We are thrilled.

Nap Eyes songs are reckless and wise; they deal equally in science and spirit; they balance melody and noise as well as any in the great tradition of The Velvets, The Clean, The Verlaines, and The Modern Lovers. They are drunken and literate, rich in life, and deep in the old trap: you drive into knowledge and find oblivion, and toward oblivion knowledge.

Whine Of The Mystic is available now on LP/CD/Digital formats.
A new full-length Nap Eyes album will be released in early 2016 by You’ve Changed Records and Paradise of Bachelors.