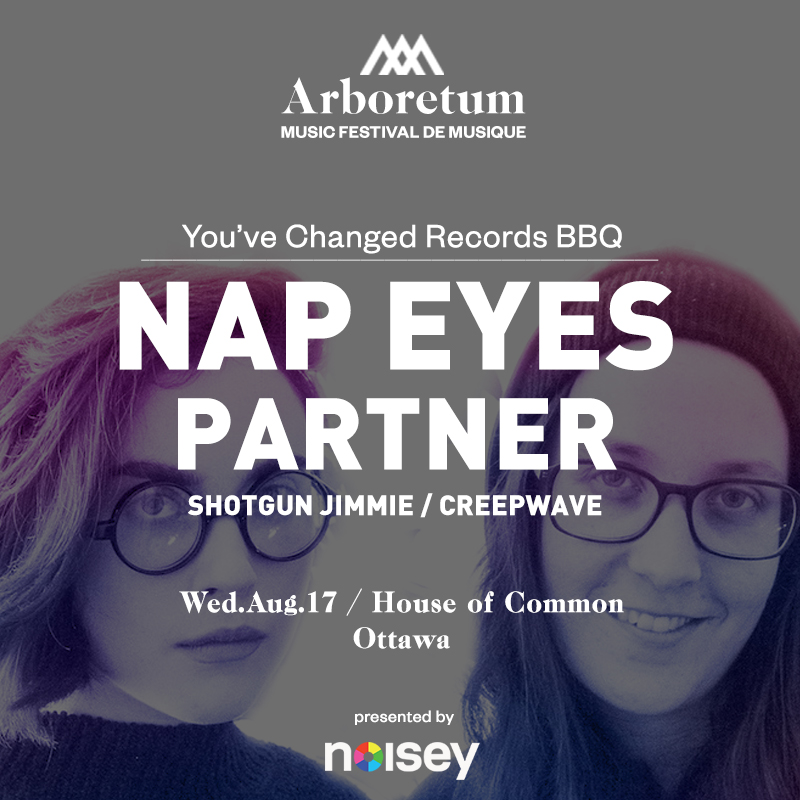 On Wednesday August 17th, You’ve Changed Records and Noisey are kicking off the 2016 edition of The Arboretum Music Festival De Musique in Ottawa, ON with Nap Eyes, Partner, and Shotgun Jimmie set to perform at The House Of Common (11b Fairmont Ave). Please come and join us, and special guests Creep Wave, for BBQ and killer tunes.

This space is physically accessible, the bathrooms are up a short flight of 3 stairs.

We recognize and acknowledge that this event takes place on unceded, unsurrendered Algonquin-Anishinabe territory. We also ask that attendees be kind humans, and leave antiquated attitudes at the door, including but not limited to a zero tolerance for racism, sexism, homophobia, transphobia, ageism, ableism, and you’re-not-my-vibe-ism. We’re here for a good time, not a WTF time.

In addition Steven Lambke will be performing as part of the Festival on Thursday August 18th at 5 Arlington at 5pm. This very special event is a book launch for Ian Roy’s new collection of stories, Meticulous, Sad and Lonely.

More information is readily available and visually stimulating at http://www.arboretumfestival.com/ 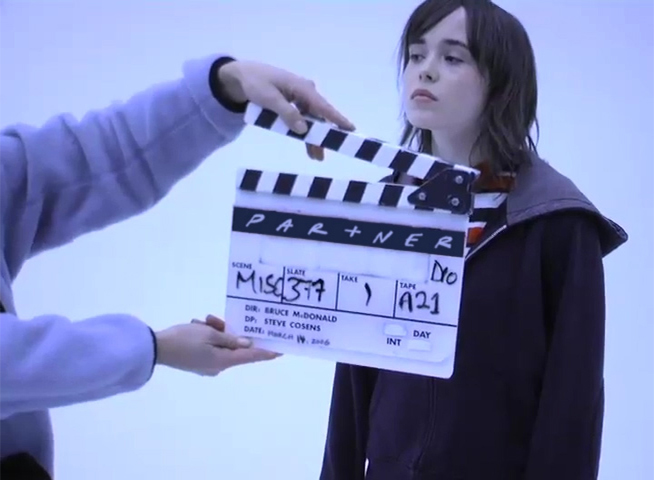 Some words from Partner:

I remember it well: it was a cold night in February, almost too cold to go outside. Lucy and I were keeping warm with some cans of Alpine when we heard the news: Ellen Page has come out as a lesbian. We high fived, we hugged, our joy knew no bounds. Maybe we knew it in our hearts all along; to hear it from Ellen herself was so special. She was free.

The light of a soul unburdened can be blinding. We felt it then and we can see it now: Ellen Page is kicking ass, and she’s more herself than ever before. Though the idea for this song wouldn’t strike us for another year after her coming out speech, when it did, it was so easy. We were, and are, still inspired.

This song is intended to be a celebration: a coming out anthem, a source of pride, strength, and joy, a chorus of solidarity. It’s a tip of the hat to Ellen Degeneres, who has done so much to shape the pop culture climate into a place that is safer for many of us, and to Ellen Page who is doing so much good work and making us maritime lesbians (and lesbians the world over) so damn proud.

There is still so much work to be done, but the fact that we are able to sing this song is a triumph. It is a privilege to have our voices heard, and that privilege is predicated on the long and harrowing history of queer folks of all identities, and especially those with intersectional identities who have faced (and continue to face) realities more complex and dangerous than we can fully understand. We are profoundly grateful to those before us, and ever-mindful of the struggles of those who do not share in our privilege who are working and making art alongside us.

So, if you’re on the same page, this one’s for you. 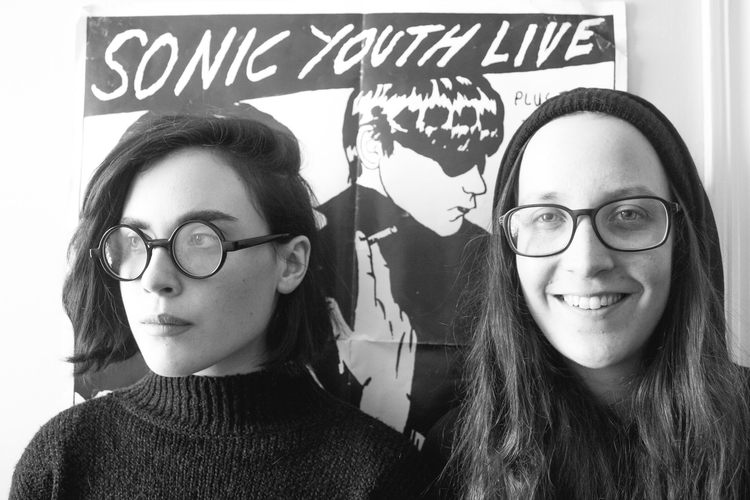 It was the middle of the night in a bowling alley in a small town. Hundreds of people surround a young band set up on the lanes. The band is called Partner. If what happens next is already the stuff of legend (the Globe and Mail declaring them “the best new band in Canada” in the breathless days that followed), it’s because it’s so damn rare to come across so much ambition, talent, and excitement in a single moment, and so many excellent songs, one after the other. Blow the power and start again. It was, in a way, a coming out party. It was definitely a party.

You’ve Changed Records is very excited to be working with Partner, purveyors of a mighty shred, and holders of a rare Rock and Roll truth: The Lesbians are leading the way.

We’ll have a lot of things to announce in the coming weeks and months and lots of music, but wanted to start here, at the beginning, with this video and the newly mastered version of Hot Knives: your favourite song of summer 2015. If you are hearing it now for the first time, it’s not too late. Welcome to the party.