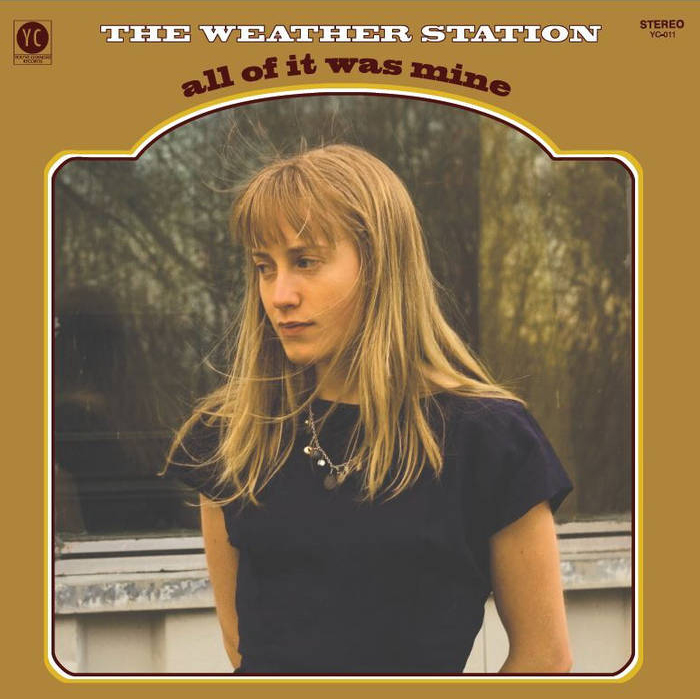 This album was recorded stereophonically. The vocals were reproduced through a Royer 122 Microphone; rhythm, Royer 121; violin, apex 210; and guitars, Royer 121, Sennheiser 421. The session was recorded in December 2010.

At first glance, the second record by The Weather Station is a humble thing, gentle, warm. The elements are simple, finger-picked acoustics and three part harmonies, an unexpected snare drum, a stray electric guitar – the very opposite of songwriter Tamara Lindeman’s first record, the painstakingly arranged and darkly expansive The Line. And yet, All of it Was Mine is a record that appeared stubbornly.

She’d entered a studio, attempting a follow-up but was getting nowhere. Trying to do too much to the songs, trying to make them into something they weren’t. So, she took up Daniel Romano on his long-standing offer to record a few demos at his home studio in Welland, ON. The two played the songs one by one, arranging on the spot, recording with a couple of ribbon mics to a digital 8 track. From time to time, the incomparable Misha Bower (Tamara’s bandmate in Bruce Peninsula) came downstairs to sing harmonies.

Freed of expectation and ambition, safe in the hands of friends, the songs revealed themselves as folk songs, and it started to come easy. A good record is all timing, and this one was caught at just the right moment – the moment when a musician sets aside old habits and expectations, strips away the excess and finally just gets to the guts of the matter. In a matter of days, studio album abandoned, there was the record.

Lindeman’s lyrics stay close to home, detailing a creaking house in disrepair, a quiet side street, a seemingly idyllic summer; but also the heartache that comes in slyly, inexorably, as it always does, softly, like the moths that attack the flour. It’s beautiful, certainly, unabashedly so, but unsettled, all creeping nature, dirt and sweetness, accusation and acceptance. Short, small in scope, and curiously complete. Ten songs doing nothing more than speaking for themselves, quietly perhaps, but with grace, not one word out of place.